You are cordially invited to hear the word of God proclaimed by
Greg Gwin of Columbia, TN
for our

Is the Testimony of Eye-witnesses Credible?

The Book of Life

A Spiritual "Living Will"

The Victory at Jericho

Simple Keys to Help Us Understand the Book of Revelation

Evidence for the Bible Found in Chinese Language

The Rest of the Story (Conversion of the Philippian Jailer)

Responses at Every Service 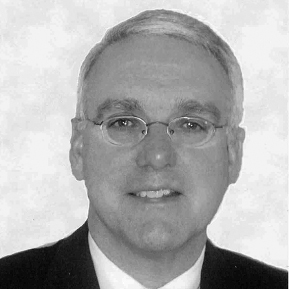 Is The Testimony Of Eye Witnesses Credible?

Simon Greenleaf, founder of Harvard Law School, stated that the credibility of witnesses depends on their honesty, ability, the consistency of their testimony, how their testimony conforms with experience and how it coincides with the circumstances. Using those criteria, we can evaluate the testimony of the disciples of Christ. Were they credible witnesses? The Book Of Life

Throughout our lives, people keep records about us. Whether it be school, work or the IRS, we're being tracked, and it's only increasing in the digital age. However, none of these records are important as whether our names are recorded in the Book of Life. God is keeping a record that has eternal consequences. Nothing is as important as that record and not everyone's name will be recorded in the Book of Life. A Spiritual Living Will

A living will documents what you want to happen to you if you become incapacitated, incapable of making reasonable choices for yourself. What would happen if we applied that concept to our spiritual lives? What would you want others to do for you if you became "spiritually ill," manifesting the signs of spiritual weakness or unfaithfulness. If we acknowledge that nothing is more important than our souls, then it would benefit us to consider what might be our spiritual living will while we're strong enough to make good choices. The Victory at Jericho

There are numerous famous battles that we may remember or even memorialize. Military leaders study battles to formulate future military strategy. One of the most important battles of the Old Testament was Israel's victory over Jericho. We benefit from studying this battle and can make spiritual applications as it relates to our faith. Simple Keys To Help Us Understand The Book Of Revelation

It's easy to shy away from and neglect those things that we find difficult to understand. Many find themselves intimidated by the book of Revelation and may shy away from it. That's a mistake! Our LORD gave us this letter and wants us to understand it. There are a few keys that make it easier to understand. Remember that Revelation was written to a specific audience, that it's meaning is primarily applicable to them in their setting. Most of the letter was prophesying events that would take place soon, not hundreds or thousands of years later. Similar to poetry, the letter is written in a style that is not intended to be taken literally. Finally, remember that the purpose of the letter was to bring comfort to those who were being persecuted due to their faith. Evidence For The Bible In Chinese Language

The LORD has provided many evidences for our faith, each providing additional layers of confirmation that there is a God and the Truths in His Word are accurately portrayed. Such is the case with the Chinese language itself, the oldest continuously written language in the word. Through it's symbol-based writing, we see evidence confirming Biblical narratives. Words like migrate, to create, West, forbidden, desire/covet, tempter, ship and even tower. While we may not rest our faith entirely on such evidence, it absolutely confirms the faith we have through other compelling evidences. The Rest Of The Story: Conversion Of The Philippian Jailer

Paul Harvey was famous for talking about the back-story surrounding the headlines in the news. They events that occurred in Philippi would certainly have been headline news-worthy: a riot based on the claims of defying death; men arrested, beaten and jailed without charges; an earthquake in the city; and a prison break! When we look at the conversion of the Philippian jailer, we're impressed by "the rest of the story." He realized his lost condition and responded to his faith in baptism. Responses At Every Service

We can fall victim to measuring success by the wrong metrics. Such would be the case if we measure responses to the gospel by the number of those baptized or those who made public repentances. In fact, people respond to the gospel every time it's preached. Some will ignore what's taught, others will act immaturely to the message, some become angry and others simply say "No." There are some, though, who make a personal, private commitment to change and finally others make a visible response to the gospel of Christ. There's a response every time the gospel is taught. How will you respond?